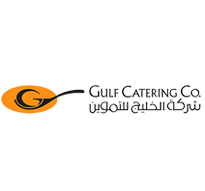 In 1986, Gulf Catering Company (GCC) was established in Riyadh City as a subsidiary company of Abdullah Ali Al Munajem Sons Company sharing the vision of the founder Mr. Abdullah Ali Al Munajem who set his philosophy in business based on honesty, integrity, fulfillment of commitment and fair treatment towards customers, suppliers and employees. These values have continued to be a permanent philosophy of Almunajem Group including Gulf Catering Company. GCC successfully assumed within a short period of time from its inception its current position as the leading “Tier A” company in the field of secure food supply & catering services for various sectors in the Kingdom, which includes, Ministries and other Government Departments such as the Security & Military Sectors, Hospitals, Universities and Labor camps in addition to high profile companies of the formal and informal private sectors.