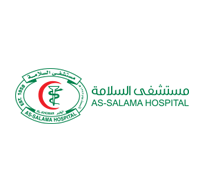 ASH is a general hospital established in 1958 by Eng.Mohamad Ibrahim Ali- Ahmad under the name “Khobar Pediatric and Maternity Hospital”. It is the first Private hospital in the eastern province of Saudi Arabia; it later changed its name to As Salama Hospital in 1965.Its Pioneering strategy has attracted a diversified patient’s base from local families to Aramco employees and their families to beneficiaries from multinational companies all participating in the growth and development of the Eastern Province.