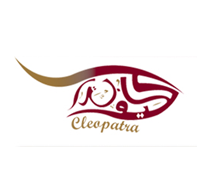 SINCE 1968 Cleopatra was founded as the "Cleopatra Tailor" before 1968, and was credited by the Commercial Registration No. 2050001886, issued from Dammam. It was a small tailoring shop managed by Abdulrahman bin Nasser Al-Fayez, where he was suffering a disability of hearing loss. So he had to learn a hand craft for living, and it was the sewing. Making what was called "Foreigners Cloth", such as trousers and shirt, at a time when all the tailors are interested in manufacturing locals "Thobe" dress, he was famous at that area, and primarily, the military uniforms.